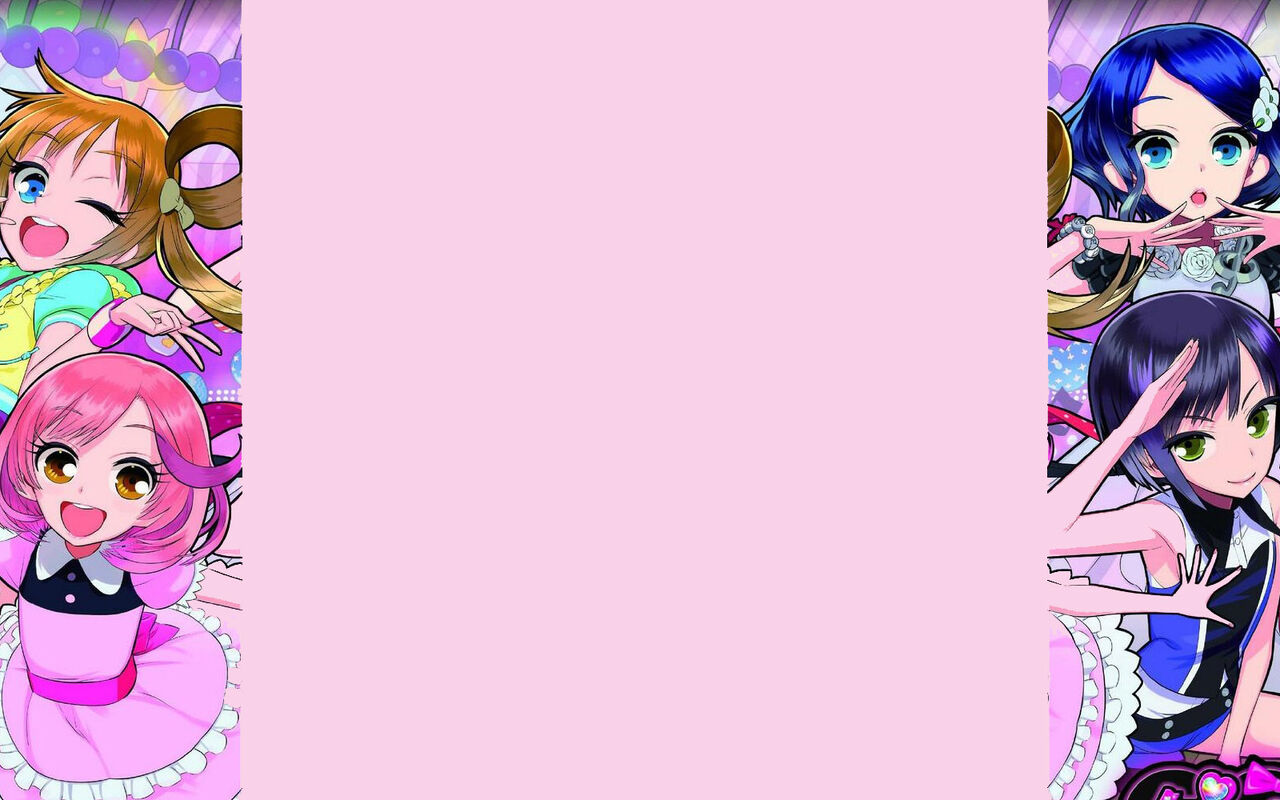 What's on your mind?

This is the place to talk about your favorite topic, to share news, theories, ideas, and to connect with others. The content from your Forum has been converted to Discussions posts, so nothing has been lost.

To learn more about what you can do here, check out community.wikia.com/wiki/Help:Discussions

If you're an admin on this community, read more about how you can customize your Discussions and set up guidelines for contributors: community.wikia.com/wiki/Help:Admin_and_Moderator_Tools_in_Discussions

PLS SHARE YOUR THOUGHTS ABOUT THE MATTER...
(edited by Bell Rinjouji)

I was doing some thinking at the top of my head and then I came up with a storyline of a second season of Pretty Rhythm that I would like to share:

So Naru is a third grader now, and a model for Dear Crown, replacing June. Of course, she's still with Happy Rain. So one day when Happy Rain is rehearsing for their next show at Dear Crown, a girl performs a 4 chain jump- Star Splash, Stardust Shower, Golden Star Magic and Rainbow Tail. However, although the girl resembles Rinne, she is actually not her.

Naru asks the girl for her name to which she replies Rinne. They soon find out that she is the new Rinne to their world that will further spread the Prism's sparkle, and she takes the form of a girl that resembles Rinne, except looks younger and has longer hair. Then Natsuko Mihama, Naru's new manager, comes in and sees Rinne. When asking who she is, the new Rinne is about to reveal her name but Ann managed to cover her mouth allowing her to only say "Rin", in which she follows with "Ko, her name is Rinko". When Natsuko comments that she resembles Rinne, Ito says that she's a relative/younger sister.

Since Rinko has no where to stay, Naru invites her to stay at her house. The three slowly realize something suspicious about Rinko, as she is completely different from Rinne. She is very outgoing and completely careless with her identity, causing alot of trouble for the others, but moreover, her shows are imperfect and she doesn't have a mascot (although Lovelin and the others are attracted to her by aura). However despite being different and getting into fights with some of the members for causing trouble (its inevitable), they make up and they gradually build a relationship.

For example, the story reveals that Kazuki and Wakana ended up dating, but when Rinko finds out that Ann liked Kazuki originally, she manages to get Ann, who says she's okay with it, to tell the truth. But what Ann said actually gets her into trouble instead.

Another example is that Rinko ends up liking Hiro (it's one-sided don't worry), so her and Naru get into some of their own problems as well. Since Ito is the most suspicious of her, she deliberately tries to not get along with her which also causes a fight until Rinko proves that she's not actually a bad person. Of course, Rinne will return to the story at the end as well. I also have the secret to Rinko's identity, so don't think I just made her seem suspicious without knowing what to do with her.

That's all I have so far, I'm planning a fanfiction that no one's going to read so I'm just limiting the ideas to this summary.

I'm pretty annoyed because I can't find the songs of the prism lives! I mean the instrumental songs that sounds in background with the different instruments (Naru -> guitar, Ann -> drums, etc.).

Anyone know the name or where to find them!? Cause I really love them T.T

I GOT BORED SO IM GOING TO HOLD A CONTEST. THIS IS A MAKEOVER CONTEST (sorry Animanga Wiki, I took the idea from you) SO BASICALLY YOU GIVE YOUR CHARACTER A MAKEOVER BY CHOOSING REAL LIFE OUTFITS AND ACCESSORIES FROM GOOGLE IMAGES ETC.

(edited by Purizumu)
A person created or one of the guys?
(edited by A Fandom user)

Hello I want to ask you one thing

They can put another picture of lovelin in his first evolution because that picture does not have good quality...

(edited by A Fandom user)
Guidelines